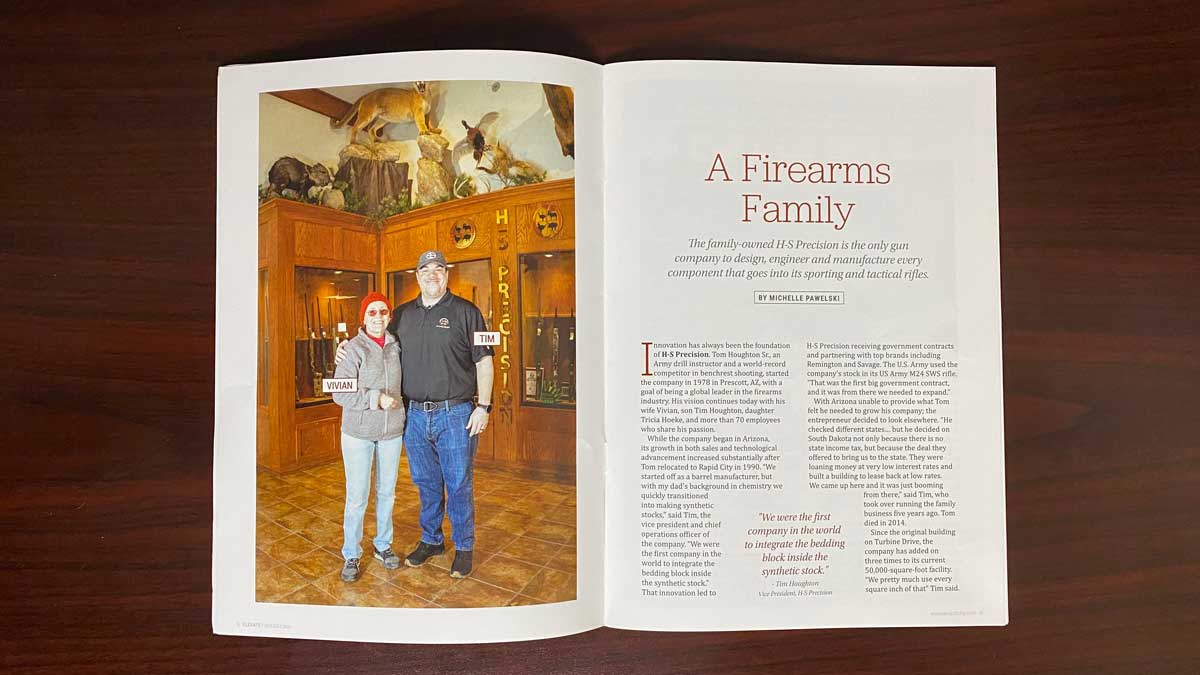 Innovation has always been the foundation of H-S Precision.. Tom Houghton Sr., an Army drill instructor and a world-record competitor in benchrest shooting, started the company in 1978 in Prescott, AZ, with a goal of being a global leader in the firearms industry. His vision continues today with his wife Vivian, son Tim Houghton, daughter Tricia Hoeke, and more than 70 employees who share his passion.

It’s always a great opportunity when H-S Precision is able to grace the pages of publications throughout the country. However, when the place you call home asks to feature your work, there’s something special about the interview, the story of where the company has been, gone, and continues to work forward to.

In August 2021, the economic development and chamber of commerce entity Elevate Rapid City reached out to our team asking to profile our work in South Dakota and the jobs we provide to area residents. After a tour of the production floor and hours of conversation, the reminiscent stories brought a light to the accomplishments and growth H-S Precision has had in 43 years of business.

As South Dakota has made national news more in the last two years than, the rural area of Rapid City is still a hidden gem to many businesses in the outdoor industry. With low startup costs and a lack of corporate and individual income taxes, South Dakota is a very business-friendly climate. According to Elevate Rapid City, “business owners benefit from no corporate income tax, no personal income tax, no personal property tax and no business inventory tax. South Dakota gives businesses a competitive edge by helping them keep the money they earn.”

Elevate Rapid City was established in 2019 merging the Chamber of Commerce and Economic Development organizations to lead the economic development and small business efforts in the Black Hills region. They are the go-to organization for available property, workforce development and talent acquisitions, as well as a connection to government affairs and climate updates.